Dorchester Town Football Club are pleased to announce captain Callum Buckley as the first player to remain with The Magpies for the 2022/23 season.

The centre-back impressed in the heart of The Magpies defence during the previous campaign and enters the second year of a contract signed after re-joining on a permanent deal last year.

Boss Glenn Howes said: “Buckers was a colossus in our back line last season and continued to lead by example, whilst still being young in years; Callum possesses really good leadership skills that were forever prevalent in last season’s run in.”

“This of course couldn’t have been possible without the Fans Association support and I, along with the supporters, can’t wait to see our team captain back at The Avenue this forthcoming season.” 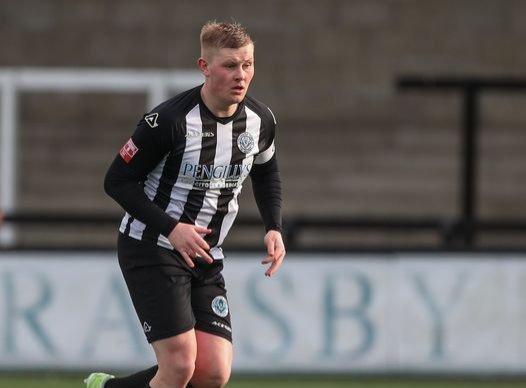