Dorchester Town Football Club are pleased to announce the signing of striker Shaquille Gwengwe on a one-year contract (subject to FA approval).

The highly-rated forward becomes Glenn Howes' sixth new signing of the summer, having spent last season with AFC Totton and previously had spells rising up through the divisions at Worthing, Blackfield & Langley - where he first worked with The Magpies boss - and Andover Town.

Assistant boss James Wood said: “We're delighted to announce the signing of Shaq. He's an exciting forward player who first played for Glenn at Blackfield & Langley in the Southern Premier League, and whilst there he caught the eye of Brentford and had an extended trial with the professional club."

"Shaq is a young, hungry player who fits our profile superbly, and a player we hope to develop further to reach his undoubted potential." 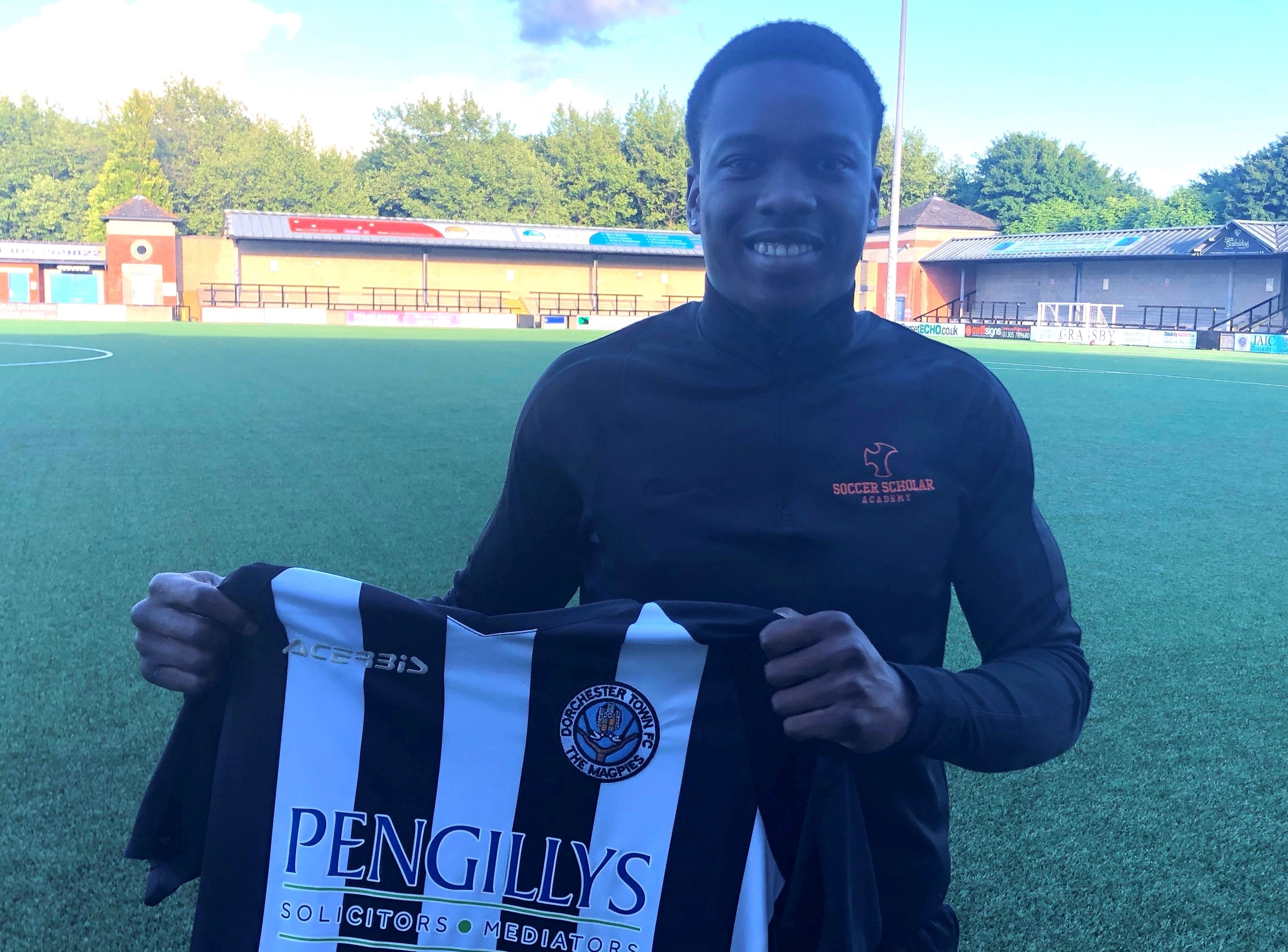